World of Dreams, Land of Clairvoyance

Today, we welcome guest blogger Michelle Snyder to the 3:15 Club. Michelle is a professor of mythology and symbolism, an author, blogger, artist, and geek. She earned her post-graduate degree at the University of Wales, decoding prehistoric images and folklore, tracing them to their roots. Her artwork has appeared in galleries from MA to CA. Michelle is co-owner of White Knight Studio. 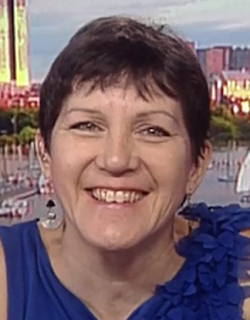 Our fascination with the future and persistence in seeing it have resulted in numerous mechanical processes to penetrate it, to learn of hidden things in it. These divinatory methods become of great value in this pursuit. How much more value do we place on the mysterious inexplicable state called sleep – where our ties to the physical world are loosened and stretched, and doors to a new and unexplained world are opened to the mind? The world of fantastic and unreal – sometimes surreal – beings. A world where we pass a third of our lives.

Dreams have changed human lives, destroyed, empires, and decided the fate of cultures. Dreams are of utmost importance and since the beginning of written legend, myth, and history there are stories and accounts of events that changed the course of history because of dreams. Greeks, Romans, Persians, and barbarians of antiquity acknowledge this world. Emperors, soldiers, and philosophers had their lives change with the interpretation of a dream, some fortunate, some unfortunate, but all exerted a decisive effect on their lives.

Even the most practical people, ones not given to fantasy or imagination, become dreamers in spite of themselves. They receive visits from the gods, envision phantoms and ghosts – whose existence they refuse to acknowledge when awake. The dreamer penetrates secrets of the future.

Dreams were considered to be sacred warnings, admonitions from the celestial realm. One dared not ignore or rebuke them, it would be sacrilege to do so. The oracle from the Tripod of Sibyl, poets like Homer and Virgil took advantage of the divinatory dream and its affect on human lives; they understood the tragic shudder felt when, in spite of himself, a man suddenly drew near the hereafter.

One would surmise that those of the Christian faith would be opposed to such thinking, to such superstitious customs, yet they were quick to encourage it. Biblical tales sanctioned by the Church tell of prophets who saw the future by interpreting dreams. In spite of being told not to imitate such things and warnings against such behavior, Christians did imitate them, and divination by dreams was more popular than other methods, as dreams are involuntary, not mechanically derived and prepared. It was understood that dreams came from God. No doubt Jacob, upon seeing the mysterious ladder, knew immediately it was from God and not from the devil. Daniel revealed the future by interpreting Nebuchadnezzar’s dream, as Joseph did twice it in Egypt. And there are many more stories of wondrous interpretations.

Some dreams tell about historic events before they happen. Mari d Médicis dreamed about the assignation of Henry IV the night before it happened. Some people dream of their own deaths, as did Louis de Bourbon, who died in battle the next day in Jarnac.

There are records of learned men who solved problems while dreaming of reading a book from a distant library where they had never been. Some dreams were delivered in a foreign language, and warnings, that when translated, applied most perfectly to a situation that needed a solution.

Throughout history there are recorded methods for interpreting dreams. Artemidorus, a Greek author from the second century, is one of the oldest extant writers on the subject. Today Carl Jung, a Swiss psychiatrist, is well known for his work with dreams and the subconscious. The following is a selection of events in dreams and their meanings, from the writings of Lyons astrologer Jean Tibault, from 1530. There are 400 such entries alphabetically arranged, some of which have become proverbial; they are the basis of modern “dream books.” 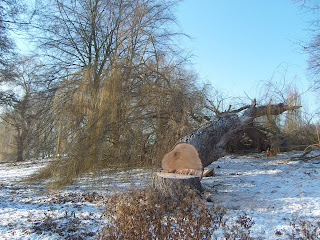 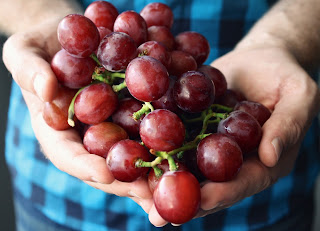 There are other works about interpreting dreams such as those by Achmet Apomazar from the ninth century, and later works from authors of the 1600s, whose interpretations differ considerably. A practitioner of dream divination would be wise to procure and compare as many as possible.

Some have sought to invoke dreams artificially using herbs, leaves, and branches, mixtures of powders and liquids, animal blood, and so on. It must have been astonishing in the days when every action by humans was directed by the supernatural to see someone asleep get up and walk about in a fit of somnambulism. About the seventeenth century a kind of artificial induced sleep began to be popular; it was referred to as somnific witchcraft – but was a form of hypnotism and magnetism. This phenomenon was described by Baron du Potet in 1846:

“Taking up position a foot away from the sleeping person whom I wish to affect, I pass my hands over the whole surface of the body in succession, discontinuing these movements, or passes, after about five or ten minutes. I then approach my finger to some part of the surface, whether naked or covered, and without contact bring about slight muscular contractions in it.”

It is known that hypnotism played a major role in the mysterious phenomena that were wondrous to mankind in antiquity. A person under hypnosis is valuable to the divinatory practitioner, and they surely would not have neglected it. Cornelius Agrippa writes about people who could hold another in a spell of fascination, as might a medium:

“Fascination is a binding or charm which passes from the mind of the sorcerer through the eyes to the heart of the one he is bewitching, and sorcery is an instrument of the mind – namely a pure, shining subtle vapor proceeding from the purest blood engendered by the heat of the heart, which does continually send rays of a like nature through the eyes. You must know therefore that men grow bewitched when they look continuously straight into the eyes of another and that the eyes of the two then fasten themselves strongly to one another, and light of eye also to light of eye; mind thus joining to mind and carrying flashes to it and fixing them upon it.”

We learn from this passage that the movements of the eye were very well known, whether to induce hypnosis or artificial sleep, or just to place the will of the person under enchantment or spell. Hypnosis was mostly induced by staring fixedly at an object, producing a trance of sorts, an ecstatic condition in which inner prophetic vision could be attained. This was a profitable practice for diviners using magic mirrors, or cartomancers who gazed at their Tarot cards until they entered the state of clairvoyance, increasing clarity of vision.

Some people remember dreaming but cannot remember the events in their dreams. Some people remember their dreams and can write them down in the moments after waking. A few can trigger their dreams, directing the events, and even invite others into them. This rare ability called lucid dreaming, or magical dreaming, occurs in a state of being not quite asleep, not quite awake. The dreamer visits the world of odd events and strange creatures, interacting with them and learning the secrets that lie in the land of sleep. 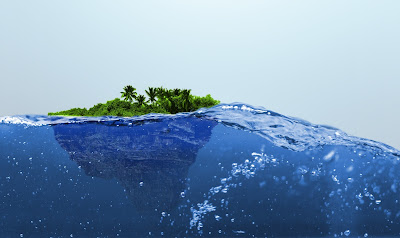 Contemporary dream interpreters consider a vehicle in which one rides, whether in control or out of control, to symbolize the dreamer’s life path. Water is said to represent love and life, and a horse is sexual in nature. There are now hundreds of dictionaries that offer interpretation of dreams. One fundamental truth underlies it all: dreams are the language of the mind, which is symbolic. A person may dream of their father, but it is not their father – it is a symbol of the concept of father. Symbols are abstracts of concepts, and dreams are symbolic in nature. So the next time you dream of your old aunt Agatha storming into your life, remember, she is just a symbol of a concept you attach her to – but this does not negate the message Aunt Agatha brings you in your sleep!


Books by Michelle, available at Amazon

Very exciting to study this content.I would like to thank you for the initiatives you had created for composing this amazing content.
voyance amour gratuite

Thanks for reading and sharing your thoughts.

The 3:15 Club is a place to communicate with one another in the wee hours of the morning when sleep eludes us. We’ve discovered that in the still of the night, our creativity is often at its peak. With the distractions and demands of the daytime world temporarily silenced, the inner world can make itself known. This online “after hours club” provides a forum to share your thoughts, imaginings, dreams, and insights with a circle of friends, instead of simply lying awake alone in the dark.